What is the heart’s electrical axis?

To answer this question, I’m going to borrow an image from Prehospital 12 Lead ECG – What You Should Know. This is an outstanding educational resource. I encourage you to download the entire booklet to your hard drive and look at it later. 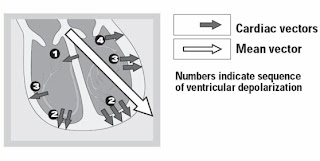 This diagram shows the sequence of ventricular depolarization. As you can see, the first area to depolarize (1) is the interventricular septum which depolarizes in a left-to-right direction (responsible for the so-called septal Q waves in the lateral leads of a normal 12 lead ECG).

Finally, the lateral walls of the left and right ventricle depolarize (3) and last the high lateral wall of the left ventricle (4). This is just to give you a general idea. Obviously we can’t look at the anterior and posterior walls from a cross section of the frontal plane.

Now notice the large block arrow superimposed over the top of the diagram. This is the heart’s mean electrical vector. That means if you averaged the millions of electrical vectors created as the ventricles depolarize in any given cardiac cycle, the average direction would be right-to-left, superior-to-inferior (for the normal heart). In the first place, that’s how the heart is oriented in the chest, but it’s also because the left side of the heart is more massive. More heart cells depolarizing means a stronger signal that cancels out the signal coming from the right side of the heart, so the normal QRS axis runs from a right shoulder to left leg direction (very similar to lead II). 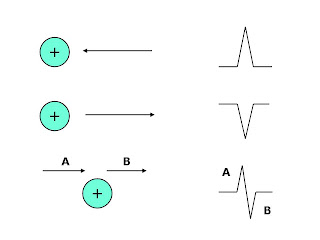 When the heart’s mean electrical vector moves toward a positive electrode, you get an upright complex on the ECG in that lead.

When the heart’s mean electrical vector moves away from a positive electrode, you get a negative complex on the ECG in that lead.

That is perhaps the most important theory of electrocardiography. 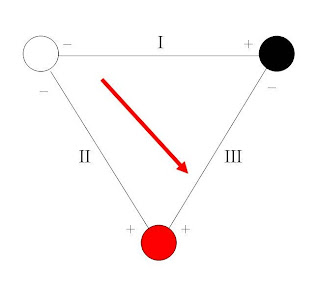 Now let’s go back to Einthoven’s (electrically) Equilateral Triangle. Imagine that the red arrow is the heart’s mean electrical vector. To help explain what happens next, I’m going to quote 12 Lead ECG – Art of Interpretation, by Tomas Garcia, MD and Neil Holtz, BS, NREMT-P. In my opinion, this is one of the best 12 lead ECG books you can buy (and no they don’t pay me to say that).

“In physics, two vectors (or in this case leads) are equal as long as they are parallel and of the same intensity and polarity. Therefore, we can move the leads […] to a point passing through the center of the heart, and they will be the same.” 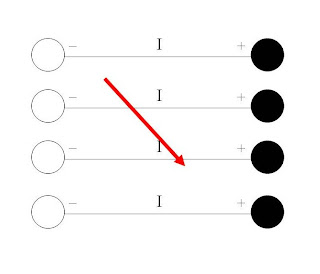 Since this is a critical point that is difficult to understand, I’m going to take this a step further. I interpret this to mean that lead I sees the mean electrical vector like the diagram to the left. In other words, it sees the heart’s mean electrical vector relative to its own vector created by its negative and positive electrodes.

Likewise, leads II and III see the mean electrical vector relative to their own vectors.

Because this is true, we can take the three vectors (or sides) of Einthoven’s Triangle and make them intersect in the center. 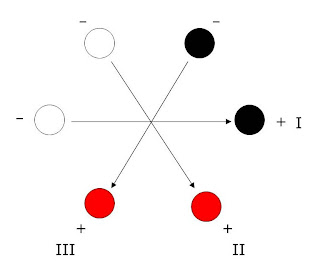 We’ve just taken our most important theoretical step in the creation of the hexaxial reference system. If you can grasp this, it’s all down hill from here!

A Man Must Carry On